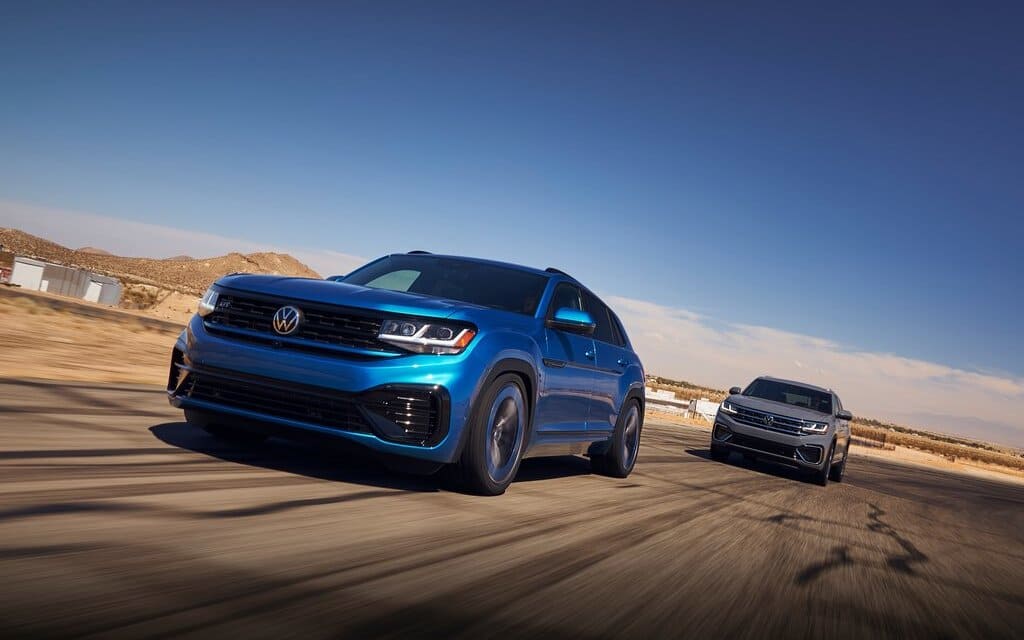 Because America is switching to crossovers.

One of the notable events of the outgoing week was the premiere of a ‘hot R version of the full-size Volkswagen Atlas crossover. More precisely, the company has introduced only the concept, but it looks like a production model.

Now a few words about the technical part of the Volkswagen Atlas Cross Sport GT Concept. As the name implies, it is based on the Atlas Cross Sport, but a seven-speed DSG automatic transmission replaces the conventional eight-speed one.

The high-performance Atlas has all-wheel drive. Its main highlight is an in-line 300-horsepower EA888 engine. This 2.0-liter four-cylinder unit is used in the Volkswagen T-Roc R and Tiguan R crossovers, which sell well in Europe. And, of course, the carmaker installed this turbo-four on the latest Golf R.

Actually, the Atlas GT received the DSG transmission due to the EA888 engine. All current Volkswagen R models are sold with this transmission, unless buyers opt for a manual gearbox.

The DSG is more expensive than a conventional torque converter automatic transmission, but it transmits torque quickly and clearly. It is quite reliable when combined with a powerful engine.

On purpose, Volkswagen has spent time and money on the development of the high-performance Atlas. The company created this version for the U.S. market. This is a true sports modification with a special suspension, a potent engine, sharp handling.

Today’s America shifts to crossovers, and, as the sales statistics show, to large crossovers. That is why automakers expand their lineup in this class. There are not only hot models here but also pure electric ones. In the latter case, this also applies to Volkswagen with its ID.8 full-size electric SUV.

As for the production version of the Atlas Cross Sport GT, its arrival is quite possible and promising.