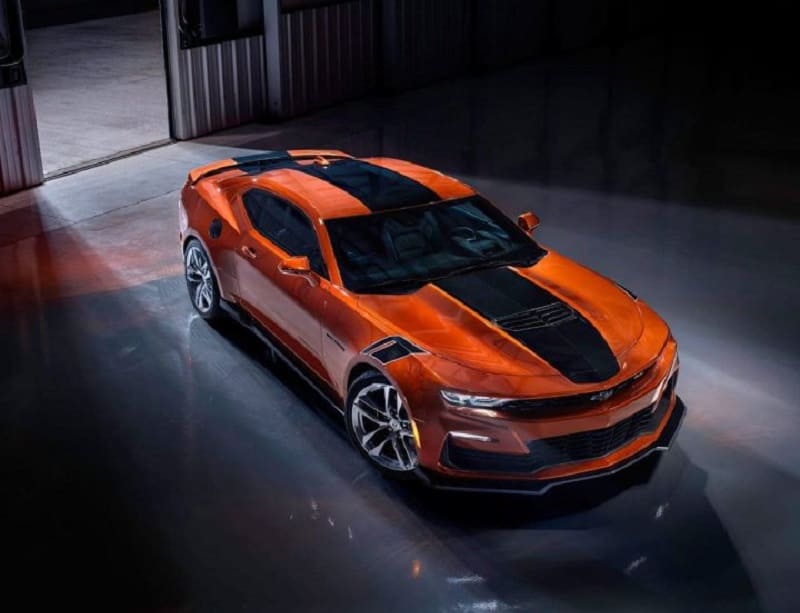 The Chevrolet Camaro receives an array of updates for the 2022 model year. Production start is rescheduled from June 14 to September 20.

A new color will be available at extra pay –Vivid Orange Metallic. It replaces the current model’s lighter Crush orange gloss paint. By the way, recently General Motors has published the first photos of the 2022 Chevy Camaro in Vivid Orange Metallic finish.

Another color choice is Rapid Blue. Chevy offers it instead of yellowish-green Shock paint. The company adds a new Design Package 3 with specific exterior elements to the 2022 Camaro: black stripes on the hood and a black fuel filler cap, as well as wheel center caps with the Camaro logo.

Cars for the states of Washington and California will come with a new copper-free performance brake pad. The carmaker also makes revisions to the options list. The Kalahari beige interior color, a wheel option, and the 1LE performance track pack on LT models are discontinued.

The new 2022 Camaro will be rolling off the production line at GM’s Lansing Grand River Assembly plant in Michigan starting from late September 2021.