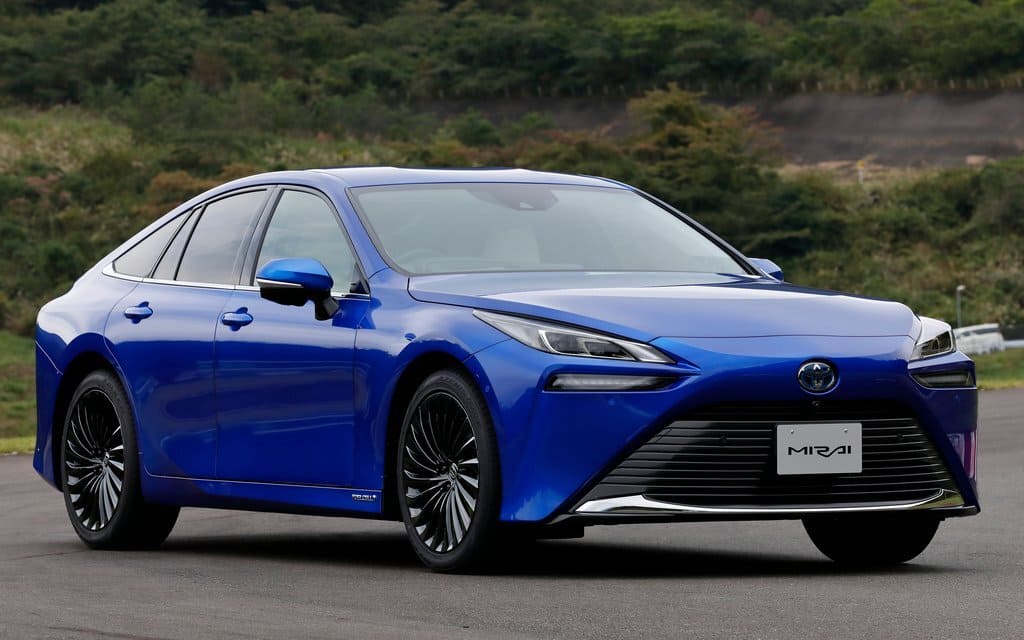 We continue reporting about hydrogen vehicles. British publication Carbuyer has shared its research.

The energy density of hydrogen is much lower than that of gasoline and diesel, which necessitates the compression of hydrogen.

Compressed hydrogen tanks have to be very strong and withstand tremendous pressure: for example, a Toyota Mirai tank keeps hydrogen at about 300 times the pressure of a car tire and 700 times the force of gravity!

There is also the problem of flammability since pure hydrogen is highly flammable. However, even though there are many protective mechanisms for charging a vehicle with hydrogen, any leak is instantly dispersed in the atmosphere. By comparison, the fog that is sometimes seen when filling the tank with gasoline is flammable fuel vapors.

The Toyota Mirai’s carbon fiber tank can withstand more than 200% of its normal operating pressure. It remained unharmed even when fired from the powerful rifles during tests the company’s engineers conducted.

Where can you buy hydrogen?

Today there are very few hydrogen filling stations in the public domain, as well as hydrogen vehicles on the roads. There are several in Great Britain. The opening of more stations is still in the plans.

How much does hydrogen cost?

Take the Toyota Mirai for example. Its fuel tank holds 5 kg of hydrogen, and a full refuel will cost £50-75 ($68-101). According to Toyota, this equates to 4.7 l/100 km of fuel consumption. Prices are likely to decline as competition increases, and mass production of hydrogen will become more common over time.

Does it make sense today to purchase a rather expensive vehicle with a hydrogen engine?

If we are not talking about an environmentally conscious company that buys cars for its fleet, but about a private person, this is definitely not worth it because of the high cost of the car itself and the lack of a full-fledged refueling infrastructure.

When there are more hydrogen cars, and this will happen, more gas stations will appear, prices will drop, and then buying this type of vehicle will make sense.

Home » Green » Should You Buy a Hydrogen Vehicle?