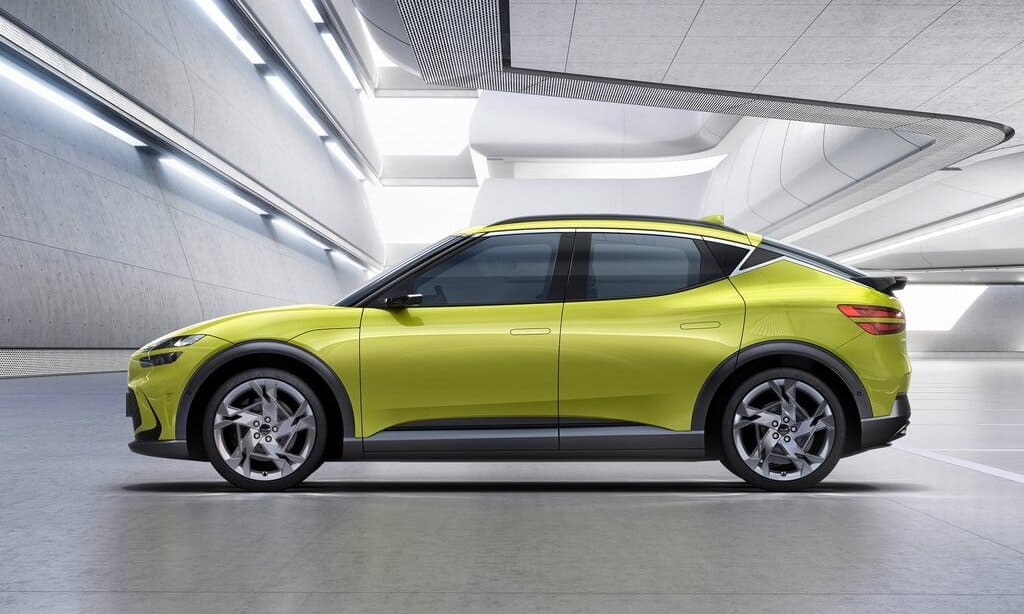 The GV60 becomes the second pure electric Genesis and the first built on a new dedicated electric platform. The crossover will definitely go on sale in Europe, but the US market is in question.

The Genesis GV60 has debuted in late summer, as the automaker promised. The company introduced the premium SUV after the similar-sized Hyundai Ioniq 5 and Kia EV6. Thus, already three models adapt the new E-GMP platform designed specifically for electric cars.

Genesis has shown only the exterior and some interior elements of the GV60, including the steering wheel, dashboard, and multimedia system. There are no technical details.

We can only assume that the newcomer receives the same electric powertrain as the Kia EV6 uses. The latter, we recall, delivers 320 hp and 605 Nm (446 lb-ft) of torque, and accelerates from 0 to 62 mph in 5.2 seconds.

The Genesis GV60 is the second 100-percent electric vehicle in the brand’s lineup. Earlier, the automaker unveiled the Genesis Electrified G80 business sedan based on the gasoline G80. The company is also planning a third EV. Probably, it will be a crossover, given the progressing demand for these vehicles.

As for the markets for the GV60, it will definitely be available in Europe, where the brand is just gaining ground.

When we launched in Europe, we committed to bringing three electric cars to the region within our first year; we are proud to confirm the GV60 will be our second electric car for Europe, following soon after the launch of the electrified G80

It is possible they will launch the electric SUV in the United States, where Genesis is becoming increasingly popular. The local official website does not mention the GV60, unlike the Electrified G80. However, the American Genesis has reported about the debut of the GV60.

In our opinion, the main competitor of this crossover today is the Volvo C40 Recharge, which has already entered the European and U.S. markets.