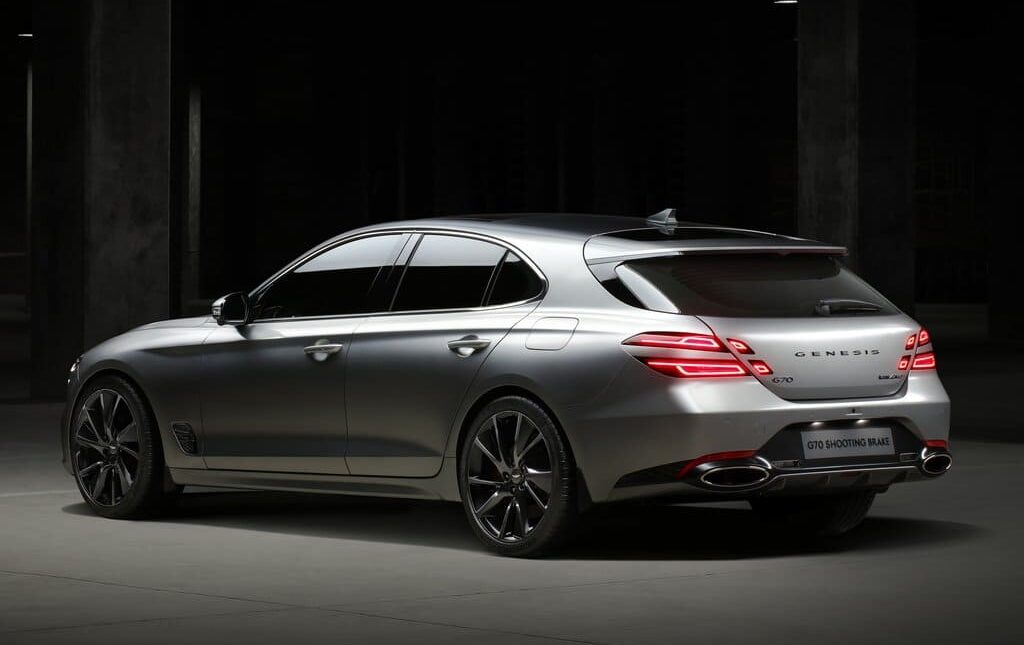 Genesis predicts a new wagon version of the G70 will more in demand than the G70 sedan.

The Genesis G70 Shooting Brake made its public debut at the 2021 Goodwood Festival of Speed.

Genesis already launched the G80 sedan and the GV80 SUV in Europe. Later this year, the G70 series models, namely the G70 sedan, the GV70 SUV, and the mentioned G70 Shooting Brake will join the premium brand’s model range for the European market.

The next step will be electrification. The first Europe-spec Genesis car with battery-electric power will be the G80 that arrives early next year. Then two new electric vehicles will follow by mid-2022.

As for the 2022 Genesis G70 Shooting Brake, the manufacturer believes it outsells the sedan in Europe and will be a worthy rival, with a competitive price, to the BMW 3 Series, Audi A4, Mercedes-Benz C-Class wagons/estates.

The car will come with a gasoline turbocharged 2.0-liter engine, a 2.2-liter diesel unit, and maybe a 3.3-liter turbocharged one available in the USA. No hybrid or plug-in hybrid versions are planned. More technical details about the model will follow.