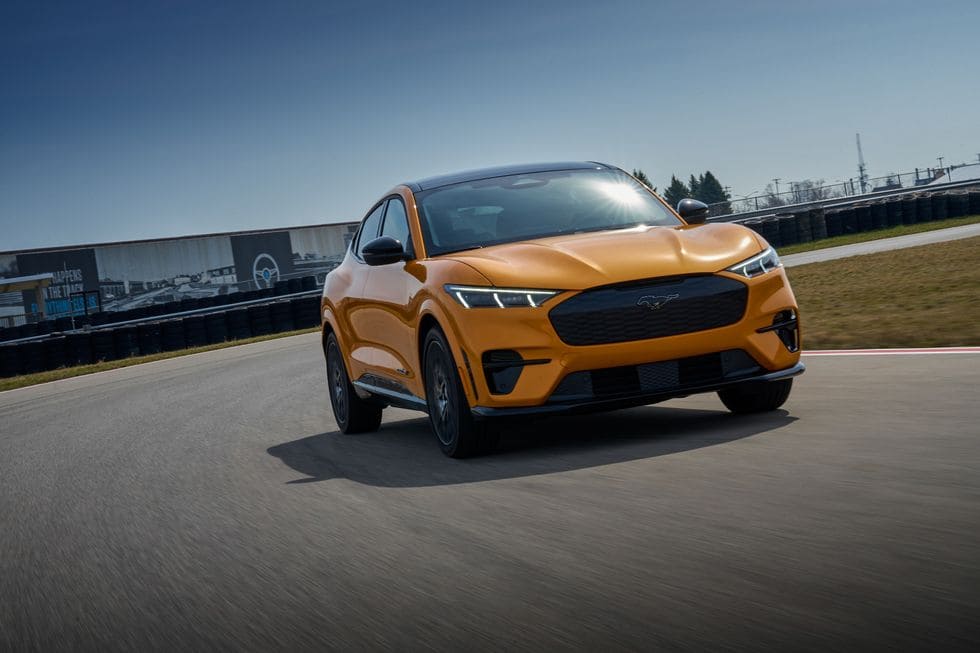 The GT and GT Performance Edition are top-of-the-range, most powerful versions of the electric Mustang. This couple is only available in a dual-motor layout – one electric motor per axle, all-wheel drive and an extended range battery pack with capacity of 88 kWh.

By comparison, the Ford Mustang Mach-E with a 68.0-kWh Standard Range battery boast 211 miles when comes with all-wheel drive, and 230 miles in a rear-wheel-drive configuration.

The closest rival Tesla Model Y Performance that is a more expensive offering than the Mach-E GT, covers 303 miles on a single charge according to EPA rating. Like the Mustang Mach-E GT and GT Performance Edition, it is available with two electric motors and AWD, and its powertrain outputs around 470 hp.

The Model Y Performance is a bit faster than the Ford Mach-E GT: 3.6 seconds vs 3.8 seconds during 0-60 mph acceleration. The Mach-E GT with the Performance Edition package needs 3.5 seconds to speed up from a standstill to 60 mph. This package costs an additional $5,000.

The Ford Mustang Mach-E GT itself starts at $59,900 before taxes, fees, charges. Customer deliveries will begin this fall.