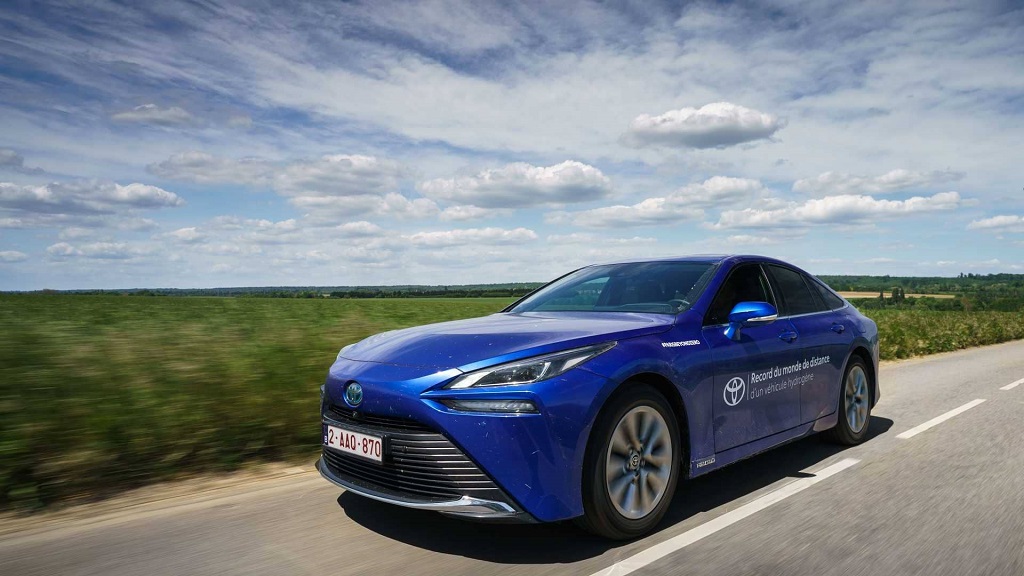 Recently the latest Toyota Mirai has covered a record distance of 623 miles without refueling.

Toyota of France organized that journey to test what a hydrogen fuel-cell vehicle is capable of. Admittedly, the Mirai has met expectations: the model with the EPA rating of 420 miles managed to cruise 1,003 km (623 miles) on a single fill-up in practice.

Ar present, hydrogen cars are just starting to come into use. They are still expensive (from $50,455 for the 2021 Toyota Mirai). The infrastructure of hydrogen filling stations is poorly developed so far. There are only 39 filling stations in the USA, mostly in California.

There is a real chance that customers will appreciate the benefits of hydrogen-powered vehicles over time, especially given the unrivaled driving range and eco-friendliness of such cars.