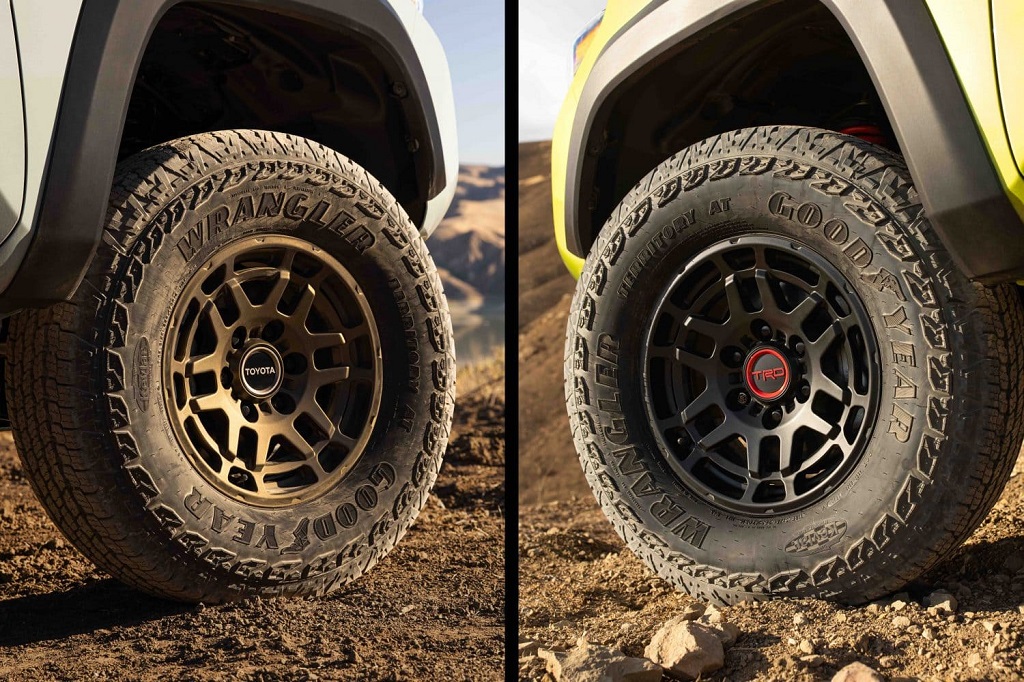 The company has just released a teaser photo. Toyota signed it with the phrase “A Tale of Two Tacomas”.

We can see two wheels which differ by colors – bronze and black, and by center caps. The first center cap is a retro-looking one with Toyota lettering, and another is a red-contoured one with TRD lettering – a hint at the TRD Pro version.

This teaser is a kind of announcement of the upcoming 2022 Toyota Tacoma. The truck does not charge generations, but it gets updates for the next model year. The new-generation Tacoma is expected after 2023.

Toyota slated the official unveiling of the Tacoma on June 2, 2021. The Toyota Prius Nightshade black-out special edition should debut on the same date.

We’d like to recall that Toyota will have a few significant premieres in the near future. We mean new generations of the Land Cruiser LC300 and the Tundra, which dealers much rely on. Their official reveals are around the corner (we bet on June 2021).